Twyford was one of the steps in the process that has enabled your ordinary, respectable, middle class, whatever, to say: ‘No, this is enough I’m not taking it anymore. And I don’t care what you say’ and just stand in the way.

I saw some grainy, shaky video footage of the Twyford Down protests recently, taken on a day when people were stopping bulldozers next to a nearby A road.  What struck me was that the cars looked so old fashioned.  It brought back how long ago all of this was – although to those of us who lived through those times, the past can feel like yesterday.

Realising how many years have passed, how car design has altered, made me think of how the times have changed too.  Then we were living in the shadow of the 1980’s and the Cold War, which the peace camps at Greenham Common and Molesworth bore witness to. The Miner’s Strike and the Poll Tax demos were still fairly recent events, as were the police assaults on travellers at the Beanfield and Stoney Cross. This is all part of what made the protests at Twyford Down happen and was the background many of us had grown up with.

Women who had been part of Greenham and people from other, older, protests often joined us on the Down and on the bulldozers.  Many brought knowledge of the law, rights on arrest and stories to inspire.

Alongside Greenham, the Miners Strike, the Beanfield and more, Twyford has a place in the history of rebellion in Britain. Twyford earns this place not just because of what happened there, but because of what happened afterwards.  Within a year of the destruction of the lovely, rippling Dongas trackways, road protest camps had been set up across the land.  In time these would spread to camps and protests at airport expansion sites, open cast quarries and fields of genetically modified crops.

In the book Twyford Rising, many people talk of how Twyford was the first place they heard discussions on capitalism or climate change, where they learnt about ecology and the tactics of campaigning.  People speak of how Twyford was the spark for their own lifetime of activism and of how it inspired future generations of activists.  People involved in direct action on climate change, fracking and HS2 are heirs to the Twyford legacy – even if they have never heard the name Twyford Down.

Understanding such history can inspire us now, help us keep going as activists and enrich our understanding of the times we live in.

I hope you will read Twyford Rising and take note of an interview with Oli, who became involved at the Down through the Manchester Earth First! group:

I think it is important to keep pointing out that the best way to understand it all is to go and DIY, that being a part of the resistance is more meaningful than reading ‘and we resisted’.

The media constructions I have seen make it seem as if everything was very clear, very basic even, when of course it’s all very difficult, creative, spontaneous. 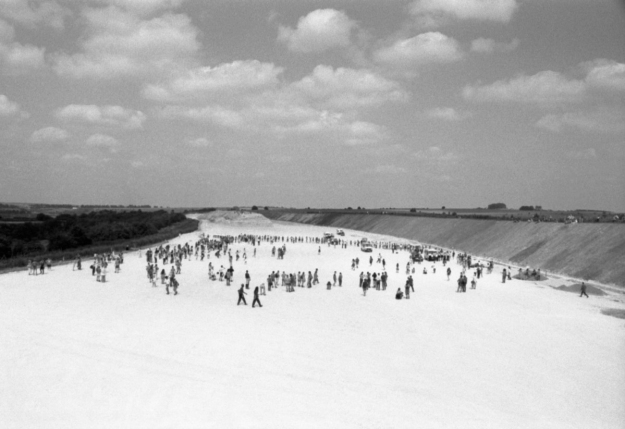 Trespass into the Twyford Cutting, 1993